The drugs industry is one of the largest criminal activities in the world. Every year, the smuggling and distribution of illicit substances such as cannabis, cocaine and amphetamines poses a huge threat to citizens and causes huge losses to the global economy. Fortunately, with advances in technology, effective methods for detecting drugs have emerged. Prominent among these is the state-of-the-art SwabTek drug test, which will identify traces of drugs on various surfaces in seconds and without unnecessary instrumentation.

Despite the intense efforts of law enforcement, banned substances are more or less available in every corner of the world. The drug market is flourishing. Smaller, locally based groups and organised crime networks specialising in international trafficking operate to supply the black market.

The drug threat is also serious in the European Union, as the European Drug Report 2019 confirms. According to the document, 1.7 million people aged 15-64 used cocaine last year. For cocaine, the figure is 3.9 million and as many as 17.5 million for cannabis. The report also points to the significant production of cannabis and synthetic drugs in the Member States. These drugs are produced both for local markets and for export outside the continent. This is evidenced by the increasing number of methamphetamine laboratories and THC cultures dismantled each year. The diagram below illustrates some drug statistics in the United Kingdom 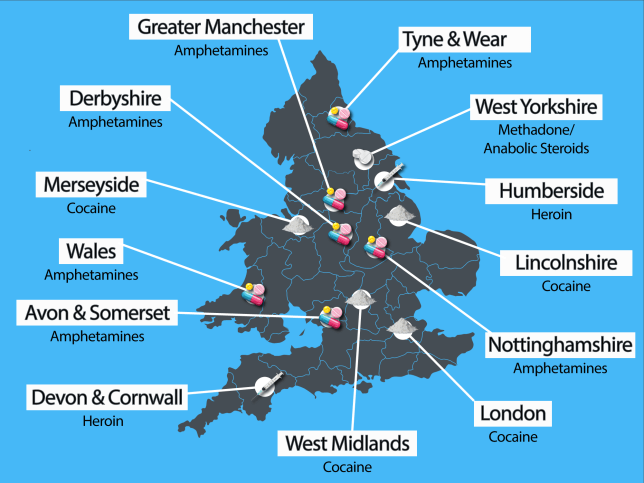 In 2017 alone, around 675 tonnes of cannabis oil, cannabis and hashish were seized in the EU. It is also not insignificant that Europe is an important drug market on a global scale. Prohibited substances come to our continent from West Asia, North Africa and South America, among others. There is no shortage of those willing to take drugs, and the increasing ease of access to banned substances poses a major threat to young people, who often fall into the trap of a destructive addiction in order to “experiment”.

The fight against drugs over the centuries

Although today the fight against drugs seems natural and obvious to us, this was not always the case. In ancient times, drugs were not equated with something bad or harmful. On the contrary, they were commonly used for entertainment and medicine.

Opium is one example. This drug was extracted from the poppy as early as 2500 BC. It was used during religious ceremonies, festive parties and as a sleeping and pain-relieving agent. Cannabis has also been used for many years and was mentioned by Herodotus in a work from the 5th century BC. Narcotics were also an effective aid during wars. Nordic legends contain many references to the so-called berserkers – fearsome warriors who were not afraid of fear and pain. According to historians, these “berserkers” were soldiers intoxicated with red toadstool juice.

Views on drugs changed only in the 19th century with the Opium Wars between the colonies of Britain and France and the Chinese Empire. It was then that more attention was drawn to the harmfulness of opium, which started the fight against this drug in China. 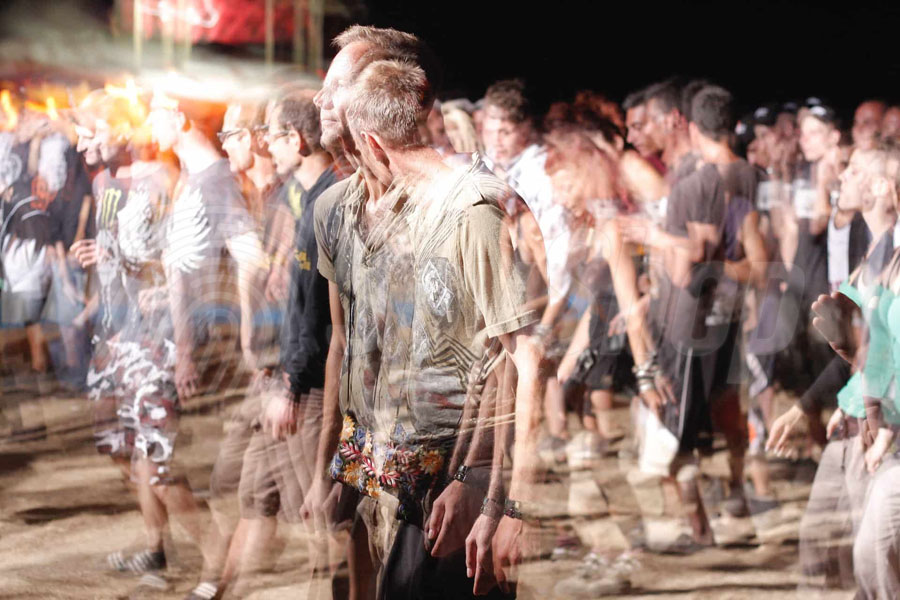 The real change in worldview, however, did not come until the 20th century. This was when more and more countries began to impose sanctions and restrictions on the use and possession of dangerous substances. Special units were also created to combat drug-related crime. The Drug Enforcement Administration (DEA), set up by Richard Nixon in 1973, is one of these. The DEA was created in response to the growing drug problem in the United States, including the hippie movement in the 1960s and 1970s.

How to detect drugs?

Various methods of drug detection have been developed over the years. One of the most common is specially trained dogs. Their sense of smell is many times more sensitive than that of humans and they can remember up to 600,000 different scents. Properly trained by the army, police or border guards, the four-legged animals provide invaluable help in detecting fugitive criminals, victims of disasters, explosives, corpses and drugs. German Shepherds, Dutch Shepherds, Belgian Shepherds and Labradors are most often chosen as tracking and search dogs.

Another effective method used by the services are laser drug detectors. These devices use Raman spectroscopy, which is based on the phenomenon of light scattering. This provides information about the structure of a molecule, which leads to the identification of a specific chemical in pure form and in mixtures.

As a result, these devices detect suspicious substances in just a few seconds without the need to open the container or dismantle the vehicle. They are used to protect airports, critical infrastructure systems and correctional facilities, and to prevent contraband in mass transit.

A drug test for detecting psychoactive substances on different surfaces is a tool that is also used by various services, such as the police and border guards. Drug tests of this kind are the subject of today s article, and we discuss this solution in more detail in the next section. 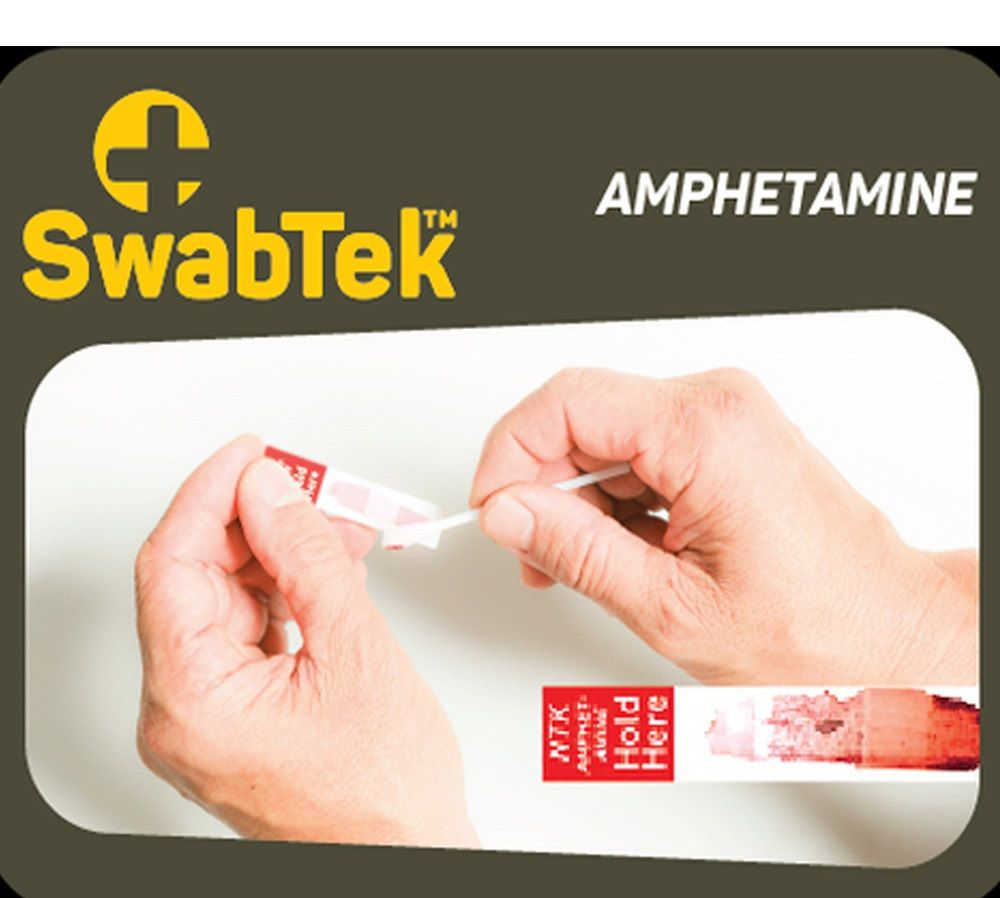 The first two solutions above are undoubtedly effective, but at the same time very costly and reserved only for authorised institutions and authorities. In many companies there are situations where it is necessary to react immediately, e.g. in relation to personnel suspected of possession or use of drugs. Preventing such situations is particularly important in places such as hospitals, detention centres, prisons, pharmaceutical and manufacturing plants. How do you detect drugs in a quick and uncomplicated way? The answer is the modern SwabTek amphetamine drug test.

This inconspicuous kit consisting of a test strip, sample cards and a swab allows you to detect traces of prohibited substances on any surface, liquid or object – including food, plant products, gels and creams

The procedure is extremely simple – simply take a test sample with a swab, then press it against the test strip. Within 20 seconds, the colour corresponding to the drug indicated on the sample card will appear. There are different types of tests that detect specific substances: marijuana, methamphetamine and cocaine, among others. If you are looking for a reliable drug test for amphetamine then this is certainly the right product.

However, there are two important things to keep in mind before using a SwabTek narcotest. Firstly, these products are not designed to detect drugs in the body. For this purpose, you should get disposable saliva or urine tests. Secondly, the result obtained with the SwabTek test does not give a 100% result. These can only be obtained after an expert laboratory examination. Thus, the SwabTek drug test works as a preventive and screening method. It is a great drug test for police, border guards or medical services.

The ease of use, combined with the quick results, facilitates routine checks on wayward pupils, students or staff (e.g. by examining marks on clothing or objects) or checks on packages arriving at prisons and correctional facilities. It is also an effective tool against smuggling. A rapid check during customs clearance, for example, will make it possible to introduce the necessary procedures to catch criminals.

As we pointed out at the beginning of this text, the problem of drugs is still real practically everywhere in the world. Fortunately, there are effective ways to counteract this phenomenon. The SwabTek drug test is one of the easiest and fastest methods that exist on the market. SwabTek s many years of experience guarantee effectiveness and top quality. These types of amphetamine drug tests will dispel any doubts in literally seconds.

The use of drug tests thus ensures safety in schools, universities, hospitals, airports and other places where citizens are particularly exposed to prohibited substances. The SwabTek drug test will contribute to increased security and help to thwart criminal activities. 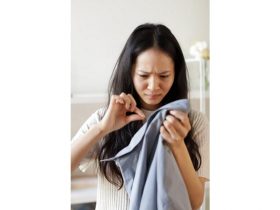 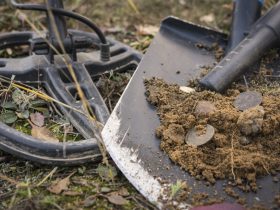 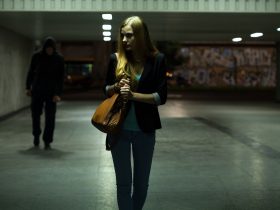 HAVE YOU SEEN THIS CHILD?